Exploring the insiders in the startup scene

Only live to the public for 100 days, Product Hunt is already bolstering an impressive affluent user base. Launched initially as a 20-minute MVP by Ryan Hoover (ex-PlayHaven, Startup Edition) and further developed into an actual product together with Nathan Bashaw (General Assembly), its user engagement and traction show they are on to something.

Their invite-only system has grown a user base featuring a who’s-who of the startup tech scene. Well known investors, founders, journalists, and developers are all hanging around.

My everlasting interest into the startup scene sparked me to look more close into these so-called tech insiders. A quick crawl of the site pulled in all 636 contributors, whom posted a total of 1571 products since October ’13.

Instead of doing a lenghty write up of my findings, I've coded up a leaderboard that will update every 12 hours.

I ranked the most influental people who contributed at least one product on Product Hunt by their Twitter follower count:

If we look at the site's activity, these hunters have most reach: 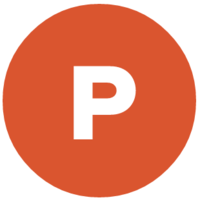