Beginning this year (2018) me, Bram and Emiel decided to build a cool side project. Bram was then struggling with collecting addresses from friends to sent out an upcoming birth announcement, so he came up with the idea that we named Mailbook. After a user signs-up, he retrieves a personal link, shares that with his friends, friends add their address and the addresses appear neatly in their personal address book. Simple. And inherit viral, because every new user sends a link to Mailbook to on average over 50 other people (in the same demographic).

In 6 months over 40,000 people added their addresses to a Mailbook. Some users collected over 200 addresses in under two days. And growth only seems to accelerate. Very cool to see.

I continue to work on it, empowered by the positive feedback and incoming feature requests. Most recently I released a quick way to create and print address labels. Compare my solution with the horrors build by Word + Excel in this Dutch article adresetiketten printen.

But the latest change: an English version of Mailbook 🎉. Not only good for my Dutch users with international friends, but also to expand the reach of the product.

So are you expecting a baby anytime soon, or planning a wedding: start collecting addresses. 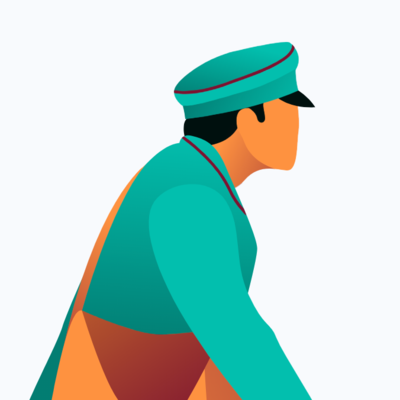